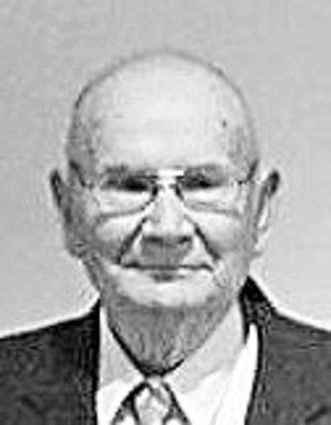 A memorial service for Palmer C. Furness, 87, was held on Saturday, January 9, 2021 at Gramm Funeral Home, Ipswich. Burial will take place at Highland Cemetery in Brandt, at a later date.

Palmer was born July 5, 1933 to Peter and Clara (Wesley) Furness at Brandt.  He attended school in Brandt and at the age of 13 went to work for a sheep farmer.  Palmer proudly served in the United States Air Force during the Korean War.

He returned to the Brandt area and married Marian Swenson.  Six children were born to this union.  They made their home in Sioux Falls where he worked in the trucking industry as a driver for American Freight.

Palmer was a kind and quiet man who enjoyed the solitude of wide open spaces.  He was an avid outdoorsman and had lived in Deere Lodge, Montana after his retirement, before moving to Hosmer 20 years ago.  He loved to garden, can produce, hunt, fish, camp and explore nature.  He even spent time collecting rocks and searching for crystals. Palmer enjoyed family reunions and treasured time spent with his family.

He died at his home in Hosmer.

Thankful for having shared in his life are his two sons Douglas (Lori) Furness of Brandon and Bradley Furness of Montrose, Colo.; two daughters, Sharon Struck and Renae Furness both of Montrose, Colo.; four sisters, Eleanora Collins of Madison, Minn., Verna Bendt of Brandon, Clarice (Harold) Sager of Quinlan, Tex. and Cleo (Dewayne) Madoll of Salol, Minn.; 12 grandchildren and 13 great-grandchildren.

Arrangements by Gramm Funeral Home, Ipswich. Condolences and memories may be shared with his family at grammfuneralhome.com .