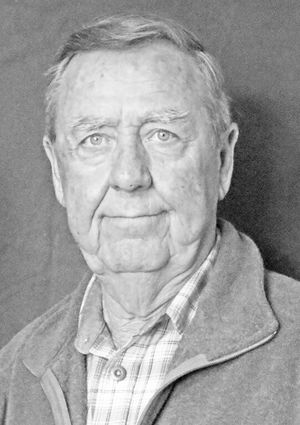 He was born August 24, 1943 to Harvey and Lavonne (Oais) Olson. Robert grew up in Ipswich. He graduated from Ipswich High School in 1961 and married his high school sweetheart Patricia Peterson the same year.

Joining the U.S. Air Force, he served as a Staff Sargent in Vietnam on a C-130. Following the war he settled in Vallejo, California where he joined the Vallejo Police Department. Earning his Masters Degree at Golden Gate University, he excelled and become a Sargent Detective of Homicide and Narcotics.

In 1979, he moved to the family farm in Ipswich. His love for the land and the open country was always in his blood. While farming, the government requested him to do investigations on farm loans and scams. This took him back to his police days and inspired him to start a new business of Private Investigation called Olson Investigation Services. Robert never let the grass grow under his feet and opened up Homestead Hunting, a commercial pheasant hunting operation. All who came out as hunters soon became great friends and extended family...and they all called him "Chief."

Bob was a pillar in the Olson family, he would always have the words when anyone was in a crisis to let you know everything would be okay. He wore many hats, literally, for whatever cause he was going to be a part of.

Robert was always giving back and serving. He served on the local school board, county commission, American Legion, Masonic Lodge and Shriners, Union Township, a charter member of the Lions Club, and various other civic organizations.

Bob enjoyed the outdoors and time with friends. He never turned down an invitation to go golfing, hunting or fishing.

He is survived by his wife Patricia Olson; sons, Mitchell (Susan) Olson of Lansing, Mich., Michael (Robyn) Olson of Mobridge, and John (Renee) Scarrott of Leola. He was deeply loved by his 22 grandkids and14 great-grandkids. He is also survived by his two brothers, Larry (Sue) Olson of Ipswich and D. Mike (Donna) Olson of Aberdeen and many nieces and nephews.

Visitation is 5-7 p.m. Wednesday at Gramm Funeral Home in Ipswich and one hour prior to the service at the church on Thursday.

Gramm Funeral Home, Ipswich is in charge of the arrangements. Condolences and memories may be shared with his family at grammfuneralhome.com .