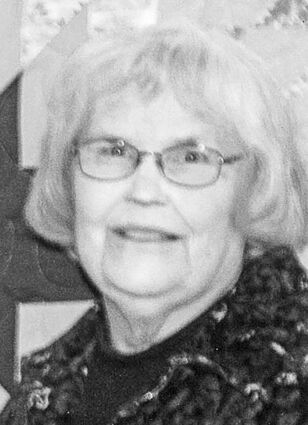 Funeral services for Jane E. Tumbleson, 73, of Mobridge will be at 10:30 a.m., Friday, July 23, 2021, at the UCC Church in Mobridge. Burial will be at Greenwood Cemetery under the direction of Kesling Funeral Home of Mobridge.

Visitation will be from 5-7 p.m. Thursday at the funeral home. Jane passed away Tuesday, July 13, 2021 at the Mobridge Regional Hospital.

Her family lived on a farm just west of Ipswich where she grew up and attended Ipswich Public Schools graduating in 1965.

It was in Ipswich, while working at the bank, she met Don Tumbleson. The couple were married on June 3, 1967 and started their life together. In 1969 son Steve was born, and after a move to Lake Preston, Joanne was born in 1972.

In 1974, one more move brought Jane and family to Mobridge. It was here that she became involved in many activities including P.E.O., different card clubs, and her neighborhood coffee club. She enjoyed her family time, listening to KOLY, watching her favorite TV shows, auction sales, 4th of July parades, her dogs and cats, and flying the flag in her front yard.

Later Jane took on the role of caregiver doing daycare and taking care of her mother, sister, and brother-in-law. This led to a job as a nurses aid at the Mobridge Care Center where she worked for many years. Somehow along the way she started working at Mobridge Regional Hospital as a medical transcriptionist also. It was from this job that she retired from working just a few months ago. Working these jobs brought her much enjoyment along with many friends and a social circle which she loved.

Unfortunately, on Tuesday July 13, 2021, Jane's journey as a loving daughter, sister, wife, mother, and friend came to an end on another sunny July day at Mobridge Regional Hospital. She will be deeply missed especially her children and others who loved and knew her.