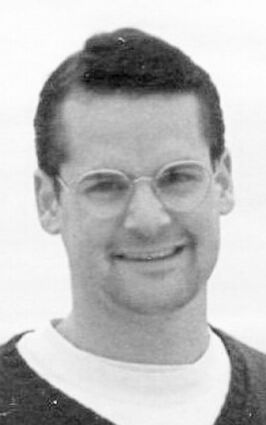 James Michael Kolker was born May 11, 1970, the son of Thomas and Camilla (Hughes) Kolker in Aberdeen. Jim attended and graduated from Ipswich Public School and continued his education at the University of South Dakota. His career path was in sales; he had an engaging personality and excelled in this field. At the onset of disease, he was the diagnostic services representative for St. Luke's hospital in Sioux City, Iowa.

On August 29, 1998 he married Christine Rekenthaler and together they had two beautiful children, Annie and Tommy. His last spoken words were those of his children. Jim valued his friendships and had many. He loved sports and was an outstanding high school athlete. He was a natural leader: football quarterback and student body president. He cheered for the Pittsburg Steelers and was a devoted fan of the Notre Dame Irish. Some would call his devotion "obnoxious".

Jim accepted his disease as a part of life. Soon after his diagnosis he volunteered along with his brother, Chris, to be a part of a research study by Mayo Clinic. He spent the last six years living and being well cared for at Prairie Cottages in Albert Lea, Minn.

He was preceded in death by his father, Tom; his brother, Chris; and his stepfather, Paul Sparks.

The family thanks the Prairie Cottages staff for their dedication to Jim's comfort. Memorials are preferred to the Kolker USD Scholarship Fund (USD Foundation, Wagner Alumni Center, 1110 N. Dakota Street, Vermillion, SD 57069 or online at https://www.usdalumni.com/give-back/give-now/in-honor).

Arrangements with the Bonnerup Funeral Service in Albert Lea.