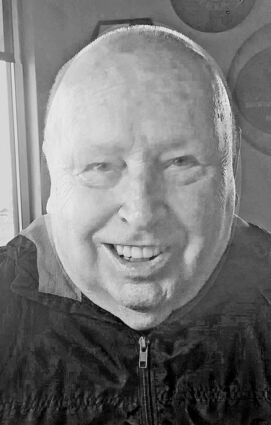 Informal attire or your favorite sports jersey is requested for the service. Face masks are encouraged, but not required.

Conrad Walter Miller 'Skeeter' was born on May 17, 1940 to Connie and Mary (Bonoetto) Miller in San Francisco, Calif. As a child he and his brother enjoyed going to 49ers training camp where their grandpa Franky was a janitor at the training facility. On March 10, 1952 the family relocated to South Dakota. In his younger years, Skeeter played shortstop for the Craven Corner baseball team and also played fast pitch softball. As his playing days came to an end he switched to umpiring for numerous games and tournaments around the area. He helped out at his parents' cream station, followed by a few years at FEM Electric. He then began employment with Milwaukee Railroad, which was later taken over by Burlington Northern, where he remained until his retirement.

On October 12, 1975 he was united in marriage to JoAnn Reed at St. Thomas the Apostle Catholic Church in Faulkton. Three children were added to this union. The couple settled and raised their family in Ipswich.

Skeeter and JoAnn were both avid sports fans. Whether it was a grandson's soccer match in Rapid City or the little boy down the road's second grade basketball game in Ipswich, they were there. They supported their grandkids 110% and rarely missed anything they were participating in. They still followed the Ipswich sports teams even 20+ years after their own kids graduated. They were their kids' #1 fans and their grandkids' #1 SUPER fans. If a child was fundraising for a sport or school, Skeeter and JoAnn would always buy two.

Skeeter loved all sports, especially baseball, and was a HUGE Red Sox fan, which later down the road led to some interesting conversations with his son-in-law Travis, who is a Yankees fan. Skeeter also enjoyed helping the refs out by pointing out any call they may have missed or gotten wrong.

He was preceded in death by his parents, Connie and Mary Miller.