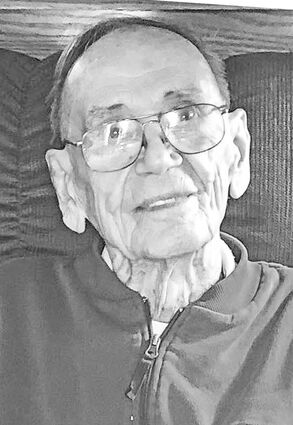 Henry Bernard Meier died at home surrounded by his family in Sacramento, Calif. on Feb. 11, 2022 at the age of 97.

Henry was born in Roscoe on May 9, 1924, to Andrew and Magdalena (Ehnes) Meier, the third of 13 children. He grew up on the family farm and graduated from Roscoe High School. He enlisted in the US Navy in 1945 and served as a radio man on the USS Benson during World War II.

He married the love of his life, Clara Geier in 1945 in Seattle, Wash. Henry and Clara raised their children in Roscoe, and together they ran Meier's Cabinet Shop before moving to Sacramento in 1977, and opening Henry Meier Construction. He was a Master Old World Craftsman of fine woodworking who designed and built many custom grandfather clocks for his family.

Henry enjoyed hunting, and had several German shorthaired pointers all named Stormy. He was an avid walleye fisherman on the Missouri River, and enjoyed a daily cigar or two. After retirement he especially enjoyed turning intricate wood masterpieces; some containing over 200 segments of exotic woods. Henry was an exceptional trap shooter and won many local, state, and national trapshooting awards, including breaking 500 straight in the 16 yard competition several times. He taught the Hunters Safety Course in Roscoe for over 20 years, was a member of the Roscoe American Legion, and a VA service officer.

In lieu of flowers the family requests you consider donating to your favorite charity.