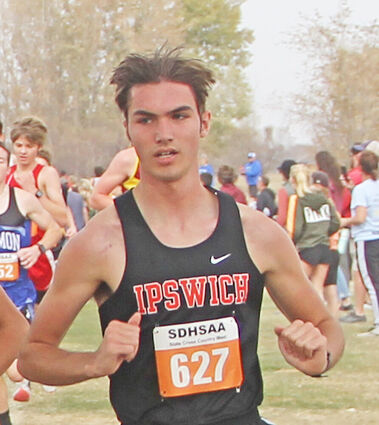 Turner Thorson, an IHS senior, was one of three Tiger boys at the recent state cross country meet in Huron.

Turner's time was incorrectly printed as 18:50.58. The correct time was 18:15.58. He placed 23rd barely behind the other two IHS boys in the race, Dylan Wald and Xavier Kadlec.

The boys' team finished fourth in the State B team standings, thanks to that trio of Tiger boys finishing so close together throughout the race.

Turner has also recently been named a South Dakota Academic All Stater. To be eligible for that honor you need to be a senior who has participated in a particular s...