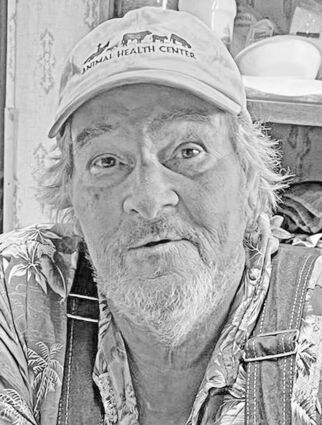 Funeral service will be held at Schriver Funeral Home, 720 N. 6th Street, Ipswich on Friday, Dec. 30 at 10:30 with Fr. Timothy Cone officiating. Burial at St John the Baptist Catholic Cemetery in Onaka. Following the burial family and friends are invited to gather for a lunch and a time of remembrance at the Onaka Community Hall.

He was born at Faulkton to Mike and Cora (Bender) Barondeau June 19, 1956.  Surrounded by a family of five sisters and one brother, he grew up on a farm near Onaka. Jim attended Onaka Grade School and graduated from Cresbard High School in 1974 then joined the Navy.  He traveled the world on the USS Tarawa for five years only to return to his beloved South Dakota countryside. After his honorable discharge from the Navy, he attended Lake Area Technical Education for auto mechanics in Watertown from 1980-1982. He worked at various jobs in north central SD over the years including on the farm with his father Mike, on the construction of the WEB water pipeline, and with the Onaka/Wecota Cenex before starting his own business – Jim's Tire Repair in 2004.  His farm tire repair work spanned many counties in north central South Dakota and he enjoyed a very loyal customer base.  He made an annual trek every year driving around greeting his customers and handing out his Jim's Tire Repair calendars. He was easily recognizable in his uniform of bib overalls coupled with the Hawaiian style shirts he loved.

Jim Barondeau was plain spoken but could find the humor in anything.  He'd have your back forever.  He liked working with scrap iron, looking for rocks that were old stone tools and effigies, and pheasant hunting with his dog Buddy. Jim also enjoyed taking Buddy on his daily runs, walking the countryside, collecting rocks and antiques, reading history and archaeology magazines and playing cards with a group from Hoven.  To keep things simple he named both of his black Labradors - Buddy.  Jim was often described by those who knew him as a big man with a big heart.

He is preceded in death by his parents, Mike and Cora Barondeau, niece Amy Marie Molseed and nephew William Anthony Molseed.

He is survived by his brother, Michael Barondeau (Nancy); his sisters, Beverly Kilber, Jacquelyn Barondeau, Marie Molseed (Bill), Suzanne Barondeau (Mike Gerken), and Barb Knadle (Bob); numerous nieces and nephews; his beloved dog, Buddy and many close friends who were his extended family.