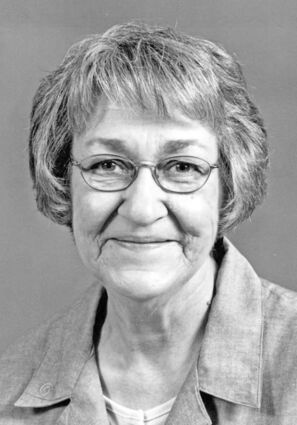 Sandra Richardt, 79, of Webster and formerly of Britton, passed away surrounded by her loving children, on Monday, January 16, 2023, at Sanford USD Medical Center in Sioux Falls after a brief illness.

Memorial services were at 3 p.m. Saturday, January 21, 2023 at Fiksdal Funeral Service in Webster. Inurnment will be at Waubay Catholic Cemetery at a later date.

Sandra Joann Helwig was born on May 3, 1943, at Minneapolis, Minn. to Max and Irene (Thuringer) Helwig. She was baptized and confirmed into the Catholic faith. Sandra attended school in Waubay and graduated from WHS in 1961.

On September 28, 1964, she was united in marriage to Darwin Richardt at Watertown. The family made their home in the Waubay/ Ortley area until 1978, when they relocated to Watertown. In 1982, the family moved to Britton. Sandra was a dedicated worker and worked several jobs over the years in the Britton area. Darwin and Sandra later divorced, and Darwin passed away in 2009. Sandra continued to live in Britton until 2019, when health complications moved her to Webster to be close to her daughter and sister. After her health complications in 2019, she was determined to be independent and live on her own again.

She enjoyed game shows, movies, television shows (especially westerns), and refinishing furniture, but what she enjoyed most was asking her kids how they were and getting a report on what each of her grandchildren and great grandchildren were up to and how they were doing.  She was a great cook and loved to bake. In recent years, baking helped her pass the time. She enjoyed having friends, old and new, stop by for a visit and a cup of coffee. She had a great sense of humor, was a card shark and played countless games of solitaire on her iPad. She loved playing a good game of "Up The River" at family holidays.

Sandra passed away surrounded by her loving children at the age of 79 years, 8 months, and 13 days.

She was preceded in death by her parents; son Mark; two sisters, Maxine Helwig, and Patricia (Helwig) Peterson; and brother Ronnie (Colleen) Helwig.