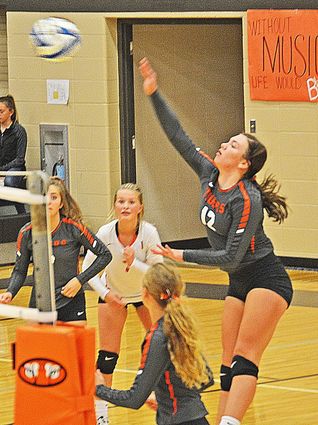 Abby Grabowska is a killer.

Abby Grabowska got her necessary kills and then some against Sully Buttes here last Tuesday in a highly contested non-league battle, which featured a fifth-game 15-12 tiebreaker win by the host team. She indeed included 24 kills among her 64 total...