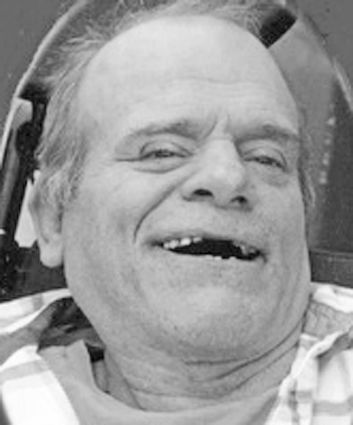 Mass of Christian Burial for Donald Geier, 71, of Huron and formerly of Roscoe, was Friday, Dec. 28, 2018 at 4 p.m. in St. Thomas the Apostle Catholic Church in Roscoe. Fr. Russell Homic served as Celebrant. Burial will be in Morningside Cemetery.

Donald was born October 26, 1947 at Aberdeen to Wendelin and Maggie (Malsam) Geier. He was born a twin and his brother, Adam, passed away at birth. Donald survived but was severely handicapped. His parents lovingly cared for him until he was six years old when he became a resident of the state hospital in Redfield and was later transferred to Custer. When that facility closed he moved to Huron, where he lived the remainder of his life.

Though nearly blind and unable to talk, Donald shared his love with his family and caregivers with a broad smile. He loved to sit in the sunshine and feel God's warmth surround him. Music brought much peace to Donald as he enjoyed music playing nearly every hour.

Donald died Friday, December 21, 2018 at his residence in Huron.

He is survived by his siblings, Rosemarie (Norbert) Hoerner of Bowdle, Margaret Unser of Aberdeen, Dorothy (Ray) Sanderson of Aurora, Colo., Michael (Christie Guthrie) Geier of Castle Rock, Colo., David Geier of Denver, Colo., Bruce (Cindy) Geier of Watertown, Kenneth (Carol) Geier of Roscoe and sister-in-law Judy Geier of Sioux Falls. He is also survived by his uncles and aunt, Paul (Florence) Malsam of Hosmer and Joseph Geier of Aberdeen as well as many nieces and nephews and his extended family of caregivers.

He was preceded in death by his parents and brothers, Adam, Peter, Charles and Gary.