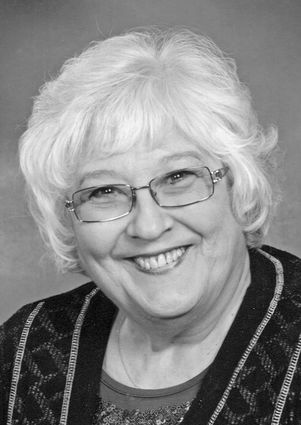 A funeral Mass was said at 10:30 a.m. Friday, Jan. 4, 2019 at Holy Spirit Catholic Church in Sioux Falls, with burial at 1:30 p.m. Saturday at Sunset Memorial Cemetery in Aberdeen.

Kathleen was born Dec. 6, 1946, on the way to the hospital on Highway 12 near McLaughlin. She grew up on the family farm with her seven siblings before graduating from McLaughlin High School in 1964. She then graduated from beauty college in Aberdeen in 1965.

On December 28, 1965, Kathleen married Dale Stevens. They moved to the family farm just north of Ipswich, SD where they started their life together. They welcomed their first child, Sandra Kay, in August of 1969. They had a second daughter, Gail Marie, in June of 1973 but she passed away as an infant. Their son, Jeffery Dale, was born in July of 1979. Kathleen worked in a beauty salon in Ipswich for a couple years before opening her own beauty salon out of her home. She continued to run "Kathy's Fashion Salon" for 48 years until she retired. She made many friends along the way through the clients she had in the salon.

Kathleen also helped on the farm with many duties including selling eggs to the bakery in town. Kathleen volunteered at Holy Cross Catholic Church for many years. She taught CCD, sang in the choir, cooked for the annual church bazaar, and helped anywhere else she was needed. On the farm she also enjoyed gardening. She grew large vegetable gardens and tended to her many flowers. She was especially fond of her rose bushes and she loved the smell of lilacs in bloom.

Kathleen was a dedicated wife. For many years she cared for her husband while he battled Parkinson's disease. Dale passed away in December, 2000. It was then she began to explore her love of traveling. She traveled all across the country from Niagara Falls to the Grand Canyon. Some of her fondest experiences were her attendance at the Rose Parade in Pasadena, Calif. and being in New York City.

In 2016 she left the family farm and moved to Sioux Falls to be closer to her immediate family. She enjoyed her new life away from the many responsibilities farm life brings. She could be found attending concerts, parades, and sidewalk festivals. She also became a dedicated member of the Holy Spirit Parish. Above all, her greatest passion was her family. She was a loving, caring, and supportive mother, grandmother, sister, aunt, and friend. She enjoyed all the moments with her family. She loved attending concerts, sporting events, and school activities for her children and grandchildren. She absolutely cherished being a grandmother and watching her grandsons grow. After her son-in-law died, she took on an even greater role in their lives. Kathleen cared for others in a selfless, loving way. No matter the circumstance, she had a positive spirit that brought joy to all she came in contact with.