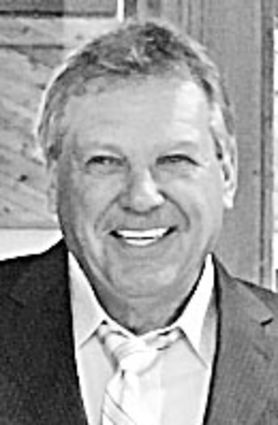 Funeral services for John A. Bader, 69, of Aberdeen will be at 10 a.m., May 9, 2019, at Trinity Lutheran Church, with Pastor D. Thomas Rawerts officiating. A light lunch will be served with burial to follow at Morningside Cemetery, Roscoe, with Military honors by Andrew & Harold Schauer American Legion Post 259.

John passed away peacefully Tuesday, April 30, 2019 at Prairie Heights Healthcare in Aberdeen after a long and courageous battle against cancer.

John Alan Bader was born to Ervin and Adeline (Spitzer) Bader on December 23, 1949, at St. Luke's Hospital in Aberdeen. He grew up and attended school in Roscoe. John traveled the United States from coast to coast via automobile with his loving parents. He was an accomplished high school athlete, lettering in basketball and track. He also excelled academically, serving on several school clubs, as a Boys' State Class Officer, Homecoming candidate, and Salutatorian. John graduated from Roscoe High School in 1968. He continued his education at Northern State University.

He enlisted in the South Dakota Army National Guard in 1970, attending basic training in Ft. Polk, La., and advanced training in Ft. Hood, Tex. He was united in marriage to Janet Hopfinger on May 13, 1972, in Aberdeen. John was deployed to Rapid City in the summer of 1972 to assist in the recovery effort after one of the most devastating floods in U.S. History. He served until 1976, receiving an honorable discharge with the rank of Staff Sergeant.

John was employed with Scherle Sales of Aberdeen, promoting to the level of assistant manager. Later he obtained his pilot's license and flew as a corporate pilot with Thorson Aviation. John always had an entrepreneurial spirit, operating his own construction business for most of his life. He believed in the highest attention to detail and doing the job right the first time. Most recently, as the owner of Midwest Sports, he designed, manufactured, and sold an exclusive line of Pro Tackle fishing equipment and Pro Tournament fishing rods. His dream in retirement was to continue working as a fishing and hunting guide based in Akaska.

He always had a passion for the outdoors and adventure. Early in his adult life he discovered cross-country snowmobile racing and competed in the annual South Dakota Governor's Cup Snowmobile Race. John volunteered his time and talents as a mechanic and pit crew member for friends as they raced the Midwest dirt track circuit. His love for motorsports continued as he closely followed NASCAR racing. Fishing was his true calling in life. He collected numerous fishing trophies including one of his most prized, the South Dakota Governor's Cup Walleye Tournament State Championship.

Grateful for sharing John's life are his son, John C. (Kimberly) Bader of Rockwall, Tex. and their son Nicholas (17); daughter, Sarah K. Westmoreland of Norwalk, Iowa and her children Tanner Westmoreland (21), Jordan Westmoreland (19), and Tiara Westmoreland (18). John is also remembered by his former wife Janet (Hopfinger) Bader-White of Des Moines, Iowa along with many cousins, and fishing buddies too numerous to mention.