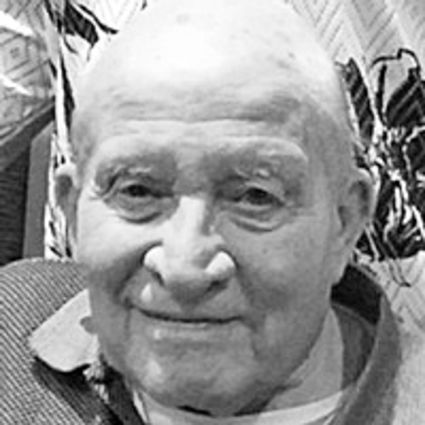 A prayer service and sharing of memories was at 7 p.m. May 20 at Gramm Funeral Home in Ipswich.

Bob was born October 16, 1933 to Carl and Eva Schumacher at Huron. He grew up in Doland and graduated from Doland High School. After high school, Bob attended the University of South Dakota for two years and then joined the United States Navy. He was stationed at Pensacola, Fla. for two years. After his service in the Navy, he went back to finish his teaching degree at USD.

He married Marian Pence on December 26, 1955. Bob began his teaching and coaching career in Leola and continued to teach and coach in Mobridge and Spearfish. The family moved to Thief River Falls, Minn. where Bob worked at the Union State Bank. He later worked as an assistant manager at the Red Owl Grocery Store in Thief River Falls, which gave him the itch to own his own store. This led him back to Leola where he owned Schumacher's Jack and Jill for several years. He later purchased Heinz Market in Aberdeen and owned it for a short time. Bob was a "Jack of all trades and Master of all."

Bob was a member of the American Legion, Better Leola Club, Leola City Council and many other organizations. He had been an active member of the St. James Lutheran Church in Leola.

Bob loved fishing, hunting and having coffee with his friends. He enjoyed following and watching his children's and grandchildren's activities. He made sure that all his grandsons learned to fish. Later in life he enjoyed watching the Minnesota Twins play baseball on TV.

Bob died Tuesday, May 14 at Bethesda Home in Aberdeen.

Grateful for having shared in Bob's life are his wife, Marian of Aberdeen; his son, Scott (Paula) Schumacher of Manhattan, Mont.; his daughters, Brenda (Randy) White of Aberdeen and Patti (Jim) Mitzel of Rapid City. Bob had six grandsons, Brian (Tara) and Derek White, Bryce and Brooks Mitzel and Kade and Kolt Schumacher. He had two great-granddaughters, Trichelle and Tomi White. Also surviving are his brother, William (Bonnie) Schumacher of Shelton, Wash. and sister-in-law, Bernice Pence of Aberdeen.

Bob's parents, Carl and Eva Schumacher; his parents-in-law, Earl and Merle Pence and brother-in-law, Barry Pence preceded him in death.

His one liners and dry sense of humor will be greatly missed by his family and friends.