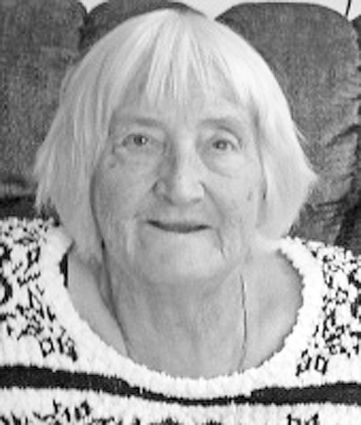 Wilma Mae Steen, 79 of Aberdeen, formerly of Ipswich and Manvel Tex., passed away on December 24, 2018 at Prairie Heights Rehab Facility in Aberdeen with family at her side. A visitation will be held at Gramm Funeral Home in Ipswich, on Thursday June 20, 2019 from 5-7 p.m. with the Rosary at 7 p.m. Her funeral will be at the Holy Cross Catholic Church in Ipswich on Friday June 21st at 10 a.m.

Wilma was born on the family farm southwest of Ipswich on June 23 to William B. Steen, Jr. and Margaret (Kocker) Steen. She attended grade school at rural NE Cleveland Township and graduated from Ipswich High School in 1957. She worked at her Uncle Taz's café, Steen's Café in downtown Ipswich while she was in high school and after graduation she worked for The Lux Candle Co. in Ipswich. Later she began working for Hardin's Studio in Aberdeen. In 1983 she moved to Manvel, Tex. and began working at Our Kids Child Care Daycare Center. She loved working with children and they always called her Miss Wilma. Due to poor health, Wilma returned to South Dakota in November of 2015. She lived in Aberdeen until the time of her death.

Wilma was a great mother, sister, aunt and friend who loved her family very much. It has been said by many, that without Wilma, we may not have had childhood pictures of us at all! She was always gathering people together for pictures and was involved with 4-H and even assisted with the Ipswich H.S. yearbook. She loved taking impromptu pictures plucking wild flowers and arranging them in the girls' hair for an extra touch. She loved family gatherings and loved looking at the pictures and reminiscing about them. She saw the beauty in everything and loved everyone from afar.

Her Catholic faith was important to her and although her health prevented her from attending Mass regularly, she followed the weekly bulletin closely and enjoyed her visits from the Priests and prayed the rosary. Wilma had given a daughter up for adoption and had a desire to find her before she passed away. By the grace of God, her daughter Rhonda found us in March 2019. Although Wilma had already passed away, we know that she is at peace knowing her family has been reunited and we have been filled with joy getting to know Rhonda and her daughter Devyn.

She was preceded in death by her parents, her son James Steen and an infant brother, John.

Memorials will be sent to the family of her great-niece Isabel Steen to help with her medical care. She has been diagnosed with a very rare condition called CSWS Epilepsy which will require many trips to the Mayo Clinic for treatment.