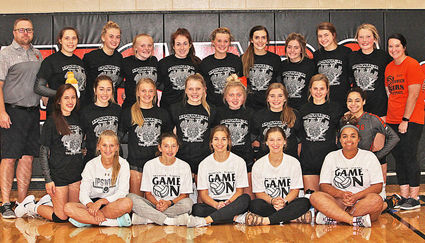 Ipswich swept its own Ipswich Subway Invitational high school volleyball invite on Saturday in the Tiger Den. The Lady Tigers indeed won all four of their matches, capped by a 25-23, 25-20 defeat of Langford Area in the title match. South Border had topped Herreid/Selby Area 2-0 for third place in the event and Lemmon swept Kimball/White Lake in the fifth-place affair. Aberdeen Christian claimed seventh with a win over Leola/Frederick. The four wins improved Ipswich to 12-3 at that point in time.