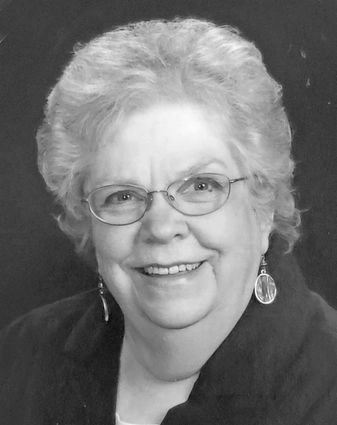 Burial will be in Black Hills National Cemetery in June of 2020.

Marcella Ann Wessel was born to Martin and Hannah (Waage) Sandve on September 7, 1939 in Britton. Marcella graduated from Langford High School in 1957. She married Paul Wessel in Aberdeen on March 26, 1959. They moved to Rapid City in 1961 where she worked in banking for several years and then owned an antique shop. Paul died April 26, 1981 and Marcella then moved to Ipswich where she owned the Friendly Drive Inn Restaurant and worked as a CNA at Beverly Health Care. She moved to Aberdeen in 1995 where she worked as an Insurance Agent and retired in 2002.

Marcella was a member and attended Bethlehem Lutheran Church.

Marcella enjoyed family gatherings, playing games, and eating Kumla. Her two grandsons, Hogan and Nicolas, were her pride and joy and meant the world to her. She was able to celebrate her 80th birthday in which she was so proud, thankful and honored that many family and friends were able to celebrate with her.

Marcella is preceded in death by her husband, Paul; parents, Martin and Hannah Sandve; siblings, Kenneth, Donald, James, Lucille and Jeanette; and multiple other family members.

Carlsen Funeral Home and Crematory of Aberdeen had been entrusted with arrangements. http://www.carlsen fh.com