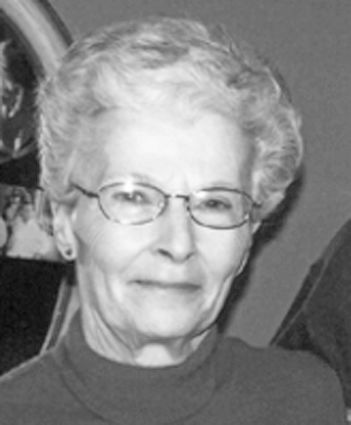 A private family funeral service for Ronna Weber, 77, Ipswich, was held March 31, 2020 at Gramm Funeral Home. A public Celebration of Life may be scheduled at a later date. Interment at Holy Cross Cemetery, Ipswich.

Ronna married her high school sweetheart, Ken Weber in December of 1962. Together they raised a large family of eight children. After graduating she started her career as a nurses aide and put in over 28 years until the Ipswich hospital closed in 1988. She then worked at the nursing home and did some home health.

She loved gardening, bike riding, keeping her house clean and attending all of her kids and grandkids sporting events, never missing one.

Ronna passed away on Saturday, March 28 at Avantara Healthcare in Ipswich.

She is survived by her husband Ken of 57 years; their eight children, Tracy (Jim) Thares of Aberdeen, Susie Holland of Aberdeen, Rick (Deb) Weber of Aberdeen, Jeff (Pam) Weber of Las Vegas, Nev., Paula (Tom) Hammrich of Ipswich, Carol (Brian)Morgan of Aberdeen, Jodi (Phil) McFee of Omaha, Neb. and Marcy (Justin) Kehrwald of Harrisburg. Together, Ken and Ronna have 20 grandchildren and 10 great-grandchildren

Ronna was preceded in death by her parents, Everett and Olive Williams; her only sibling, LeRoy Williams; her sister in law, Amy Williams; and her son-in-law, Lonnie Holland.