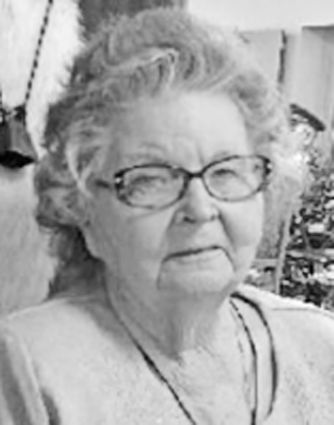 A private family service and interment for VerNiece Haux, 85, of Leola, was held on March 28, 2020 at Green Mound Cemetery, Leola.

VerNiece (Treichel) Haux age 85 of Leola went to be with her Lord on March 16, 2020 at Bethesda Home of Aberdeen.

VerNiece was born October 18, 1934 to Jack and Edna (Weishaar) Treichel at Bentley, N.D. She graduated from Northwestern Lutheran Academy at Mobridge. (Class of 1952) and received her teaching certificate from Northern State Teachers College Aberdeen, that same year.

She was teaching at Weber No. 2 School at Forbes, N.D. at the time of her marriage to Harold Haux on April, 12, 1953. Because of this union she was blessed to be accepted into a large extended family. They moved their family to Leola in 1956.

In 1962 they purchased the Perry's Café, which VerNiece managed. In 1964 VerNiece began her Postal career as a clerk at the Leola Office. She became Postmaster on 1980 and retired in 2000 after 35 years of Postal service. She also held State Offices with the S.D. State Postal Service.

VerNiece moved to Aberdeen residing at Primrose and lately at Bethesda.

VerNiece, took pride in Leola and took part in different service clubs and organizations. She was a member of St. Paul's Lutheran Church in Leola and served in many offices with LWML.

A private family Interment will be held. With a Celebration of Life to be held at a later date in Leola.

Online condolences may be shared with her family at http:\\grammfuneralhome.com .