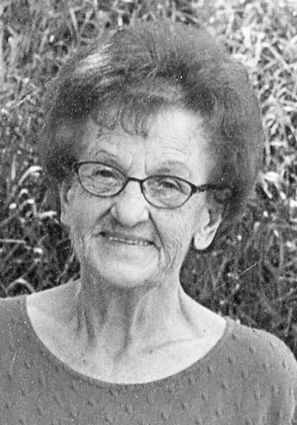 Mass of Christian Burial will be 10:30 a.m. Wednesday, May 20, 2020 at St. Augustine's Catholic Church, Bowdle, with Father Darin Schmidt, Celebrant. Interment follows at the Church Cemetery.

Darnelda Doris Ehresmann, daughter of Magdalena (Christman) and Fred Ehresmann, was born at the Eureka Hospital on March 10, 1943. She was brought up on the farm six miles northeast of Hosmer. Her formal education consisted of Cleveland Township Rural School. Later on, Darnelda also earned her high school GED.

Darnelda married Donald Heilman at St. Augustine's Catholic Church on August 19, 1960. The newlyweds first settled on the Heilman homeplace five miles north and two miles east of Bowdle. In 1968, they relocated to their own farm one mile east of the homeplace. This was home until 2004 when they relocated to Bowdle. Darnelda worked hard on the farm along with Don, and she particularly liked working with hogs. In addition to farm work, she also worked for a number of years at the Bowdle Nursing Home as a Certified Nurse's Assistant.

Darnelda and Don went to countless polka dances. She loved getting together with children and grandchildren, and was fond of coffee, candy, and pop.

Lector will be her son-in-law, Curt. Darnelda's children will be placing the pall on her casket. Musicians will be Margy Bobby and Jeanne Bieber.

Services are in care of Lien Funeral Home, Bowdle. The funeral will be livestreamed on the Lien Family Funeral Care Facebook page for those uneasy about attending a public service. http://www.MillerLienFH.com