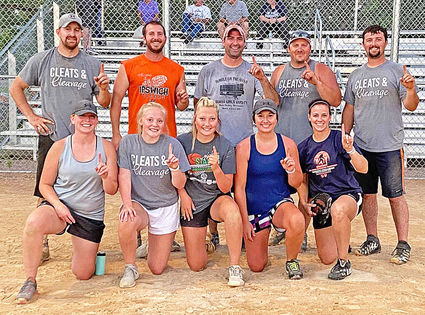 The Sunday night co-ed softball league had a tournament on July 26.

Six teams play in the league. The "Cleats and Cleavage" team was the tourney champs.

The league plays on Sunday nights beginning at 5 p.m. at the Ipswich softball field. There are two Sundays left in league play.