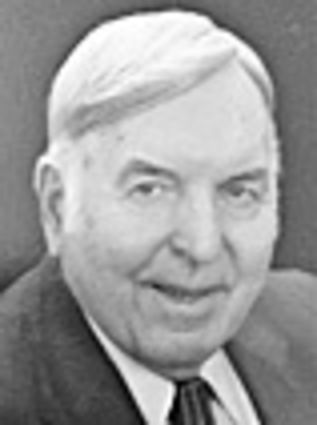 Leven was born June 30, 1929 to August and Magdalena (Goehring) Rieger on the family homestead near Hillsview in McPherson County. He grew up there and attended country school while also working on the family homestead. He entered the United States Marine Corp and was stationed in Korea during the conflict. Following his honorable discharge, he returned to the family farm and farmed in the Hillsview area.

Leven was united in marriage to Gladys Gisi on June 27, 1954 in St. Paul's Congregational Church at Hosmer. They made their home on the farm. Leven raised Registered Charolais Bulls. He was engaged in farming until his late 80's when they moved to Aberdeen.

Leven enjoyed hunting, fishing and simply being in the outdoors, taking in nature. He was always very independent and outgoing. He was a very caring person and would always lend a helping hand to anyone in need. Above all, Leven loved his family, playing with his grandchildren and especially giving them rides on the quad.

Leven was preceded in death by his parents, sister, Alice Lapp and brother, Harry Rieger.

The service was live streamed and available at http://www.Carlsenfh.com under Leven's obituary. Carlsen Funeral Home of Eureka has been entrusted with arrangements. http://www.carlsenfh.com.