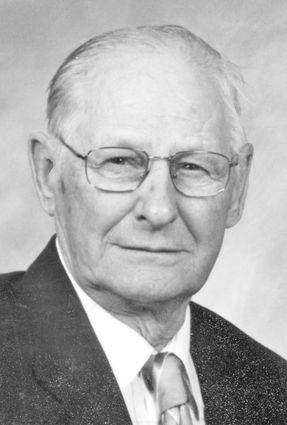 Fran Morlock, 82, of Aberdeen, and formerly of Ipswich, passed away Monday, November 2, 2020 at Sanford Medical Center in Aberdeen.

Due to COVID, a private family funeral service was held on Friday, November 6, 2020 at 2 p.m. at the Gramm Funeral Home with Pastor Ron Wickard of Richland Wesyelan Church officiating. Burial at Riverside Memorial Park Cemetery in Aberdeen.

Frances was born on February 20, 1938 to Carl and Amanda (Fischer) Peterson in Grandin, N.D. Fran graduated from Grandin High School in 1956 and attended Interstate Business College after graduation.

Fran married James "Jim" Morlock on August 4, 1962 in Fargo, N.D. Jim and Fran moved to Minneapolis, Minn. after the wedding and started their family there. Two sons were born to them, Mark in 1968 and Michael in 1970. Fran was employed at Norwest Bank and Park School Credit Union while they lived in the Minneapolis area.

In late 1976 Jim and Fran decided to venture West and bought the newspaper in Ipswich. Fran at this time also decided to start her own flower shop (Prairie Floral) and ran this for many years in conjunction with the newspaper. Jim and Fran ran these businesses until Jim's health started to fail due to Leukemia and they sold the businesses. After Jim's passing in 1990, Fran started to work at Walmart in the business office and later in the craft area till her retirement in 2010.

Fran continued to make Ipswich her home until she moved to Bethesda Towne Square in January of 2018 and most recently AngelHaus, both located in Aberdeen.

Blessed to have shared Fran's life are her sons Mark (Sue) Morlock of Aberdeen and their children Chrystal (Kyle) Watkins of Pierre, and Steven Morlock of Aberdeen, Michael (Lisa) Morlock of Urbandale, Iowa and their children, Will Morlock and Emma Morlock, both of Urbandale, Ia. She is also survived by her sisters, Lillian Wollman of Gilette, Wyo., Evelyn Peterson of Fargo and Shirley Peterson, Fargo; brother-in-law, Harley Morlock of Smithville, Mo. and sister-in-law, Marge Turner of Apple Valley, Minn.

Fran is preceeded in death by her husband Jim, both of her parents, sister Phyliss and infant sister Alice.

Arrangements by Gramm Funeral Home, Ipswich. Condolences and memories may be shared with her family at grammfuneral home.com.