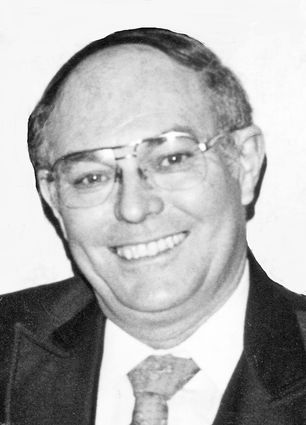 The funeral service cele- brating the Christian life of Vernon R. Rohrbach, 86, of Ipswich, will be at 3 p.m. Wednesday, Nov. 11, 2020 at Zion Lutheran Church located in Gramm Funeral Home, 720 N. 6th Street, in Ipswich. Burial will follow at the Ipswich City Cemetery.

Vernon R. Rohrbach was born April 10, 1934 to Karl and Frieda (Hamilton) Rohrbach at Hosmer. As a youngster, his family moved often between California and South Dakota. Vernon married Gladys Wolff on July 15, 1956 in Aberdeen. They made their first home in Aberdeen where Vernon worked as a mechanic and as a craftsman helping to build Presentation College.

How blessed the man who fears the Lord

And walks according to His Word!

His needs by wholesome work supplied,

He lives in peace and satisfied.

They soon found themselves moving to Ipswich, where Vernon worked as an auto mechanic. Vernon and Gladys raised their family in Ipswich and together instilled a Christian value of giving in their children. Vernon led by example, putting others' needs first. He volunteered his time helping to build Zion Lutheran Church where he also served on the church council, recorded services for the shut-ins, and drove those who needed a ride to church. Even a simple "thank you" was more than Vernon expected or desired. He only wanted to serve the Lord in any way that he could.

Vernon retired from his career in the mid 90's after heart surgery. From volunteering with church activities to using his riding mower, he was always busy. He was even chopping down trees for the winter firewood. He enjoyed hunting, fishing and relaxing while sharing his musical abilities playing his harmonica.

"For God so loved the world that He gave His only begotten Son, that whoever believes in Him should not perish but have everlasting life." (John 3:16)

Having received by faith in Jesus everything He had to give, Vernon was called Home by his Lord and Savior, on Friday, November 6, 2020 at Sanford Aberdeen Medical Center.

"Blessed are the dead who die in the Lord from now on." "Yes," says the Spirit, "that they may rest from their labors, and their works follow them." (Rev. 14:13)

He was preceded in death by his parents, one brother, Carl and an infant brother, Milbert.

Arrangements by Gramm Funeral Home. Condolences and memories may be shared with the family at grammfuneralhome.com .