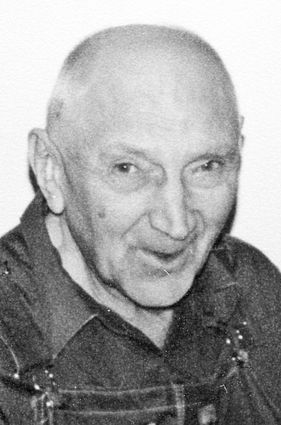 The funeral service for Harold Stoecker, 93, of Ipswich and formerly of Hosmer, was at 10 a.m. Tuesday, Dec. 22, 2020 at Gramm Funeral Home in Ipswich followed by burial with Military Honors at Sunset Memorial Gardens in Aberdeen.

Harold was born August 13, 1927 to Fred Jr. and Christina (Lehr) Stoecker near Hosmer. He grew up on the family farm with his brother, Edwin. Harold said that they worked hard from sun up to sun down putting in the crops, tending to cattle and chickens, and everything else that went along with operating a farm in the "good old days."

He was drafted into the United States Army in February of 1951 and served in Korea during the war. He was honorably discharged in April of 1955. Harold was so proud of serving in the Army and his country.

He returned home to the family farm after his military service was completed. His father passed away in 1967. Harold continued to farm until selling the farm in 1972 and moving into Hosmer with his mother. While in Hosmer he worked for Ervin Gramm helping out on his farm. Harold's mother died in 1976 and Harold continued to make Hosmer his home until 1995 when he moved to Ipswich.

Harold never married and was a bit shy when he moved to Ipswich. he spent most of his time walking up and down the streets of Ipswich when he arrived and everyone wondered who this tall, slim, man was who didn't visit with anyone. His shyness seemed to gradually subside and before long he was visiting with most everyone he met or that came to the post office to pick up their mail. Harold even got a hug from some of the ladies once in awhile. Over the years, Harold developed many friendships, not only up and down Main Street, but with many people throughout the community.

Harold's cooking ability was limited to cold meat sandwiches and fruit so he frequented the cafés often. There was never a shortage of food for Harold on the holidays as many families would meet him at his front door with gifts of meals and goodies for the holidays.

He was a lifetime member of St. John's Lutheran Church in Hosmer.

He is survived by one nephew, Keenan Stoecker of Leola. His parents and brother, Edwin, preceded him in death.

May this soldier rest in Peace.