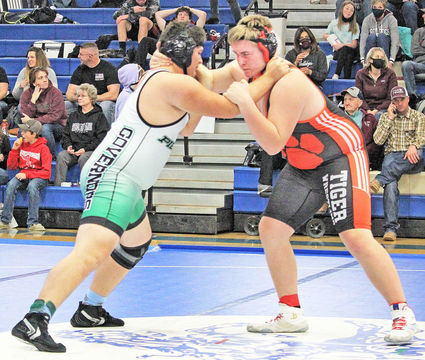 Ipswich/Bowdle attended an invitational wrestling meet last Saturday in Lemmon and got to face some opponents that you wouldn't ordinarily get to meet in this neck of the woods.

And the Tigers were able to obtain several placements among the nine total teams in this first-ever event hosted by Lemmon/McIntosh.

Their effort was led by Tanner Frickson with 24 team points for a 132 lb. weight title. He capped his bid with a 7-2 championship win over Thayne Elshere of Sturgis Brown JV.

Brady Unser was next with 16 team points for second-place at 113, being pinned by a Bowman County/Beach wrestle...