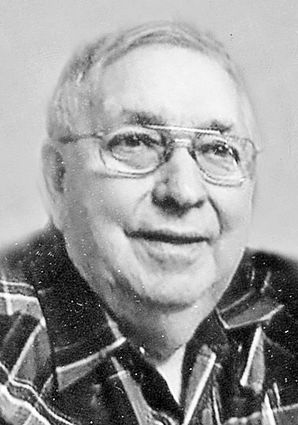 Francis Lewis Schwingler, son of Agnes (Schumacher) and Leo Schwingler, was born March 23, 1939 seven miles west of Hosmer. When Francis was one, the family moved to a farm four miles west of where he was born. He received his formal education at Modina Township Rural School. Francis served his country in the United States Army, being inducted November 1957. Following his discharge in April 1958, he returned home to the farm. Francis married Agnes Meier on January 2, 1961. They purchased a farm four miles west and two miles north of Roscoe. In 1977, Francis and Agnes relocated to the Schwingler farm. They remained there until 2003 when they retired from farming and moved into Eureka. Francis was employed part-time at the business he helped start, Dakota Woodworking in Eureka.

He was preceded in death by his parents, one brother (Micheal) and one sister (Monica Weber).

Honorary bearers were Francis's co-workers at Dakota Woodworking and his grandchildren and great-grandchildren.

Services are in care of Lien-Straub Funeral Chapel, Eureka. The funeral will be livestreamed on the Lien Family Funeral Care Facebook page and be available Wednesday night at http://www.MillerLienFH.com.