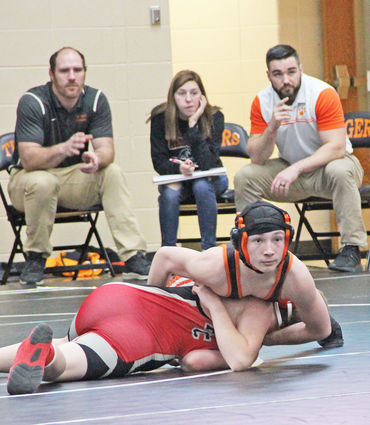 The host boys placed third with 59 points. The invite was won by Linton, N.D. with 111 and then Aberdeen Central JV with 97.5.

Having three individual champions did not hurt at all. Brady Unser placed first at 113, Tanner Frickson was first at 132 and Lucas Rowland first at 285.

The top team scorer was Unser totaling 18 points. Frickson was next with nine team points.

Marley Guthmiller made history as the first I-B varsity grappler who placed in the new state-wide girls varsity wrestling d...