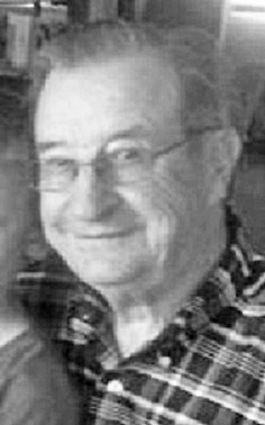 Joe was born December 31, 1929 to Leonard and Theresa (Reinbold) Scherr at Strasburg, N.D. He was baptized at Holy Trinity Catholic Church in Strasburg. As a youngster, the family moved to a farm west of Roscoe. He was raised on the farm and attended country school.

He worked on the family farm and was drafted into the United States Marine Corp in December of 1951. He served in the Marines during the Korean War and was discharged as a Private First Class in December of 1953. Joe was very proud of his service to his country.

Upon his honorable discharge from service, he returned to South Dakota and went to work for his uncle in the roofing business in Rapid City. Joe was married to Marcella Louise Malsom on June 1, 1954. They made their home on a farm near Hosmer where he raised cattle and grains. They continued to farm and raise their family of 11 children.

In March of 1981, they sold the farm and moved to Aberdeen where he started Scherr Apartments. Besides maintaining his apartments he worked in the maintenance department at St. Luke's Hospital for ten years. He retired from St. Luke's in 1993 and sold his apartments in 2011.

In his spare time he enjoyed playing cards and was master of Whist and Pinochle. His family brought him great joy and he loved to keep up with his large families activities.

He was preceded in death by his parents; infant son, Joseph in 1967; sister Genny and brother Leonard.

Services with Gramm Funeral Home of Ipswich. Memories may be shared at grammfuneralhome.com .