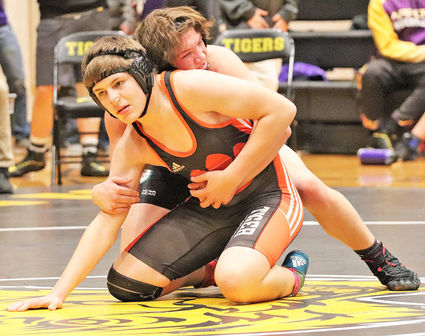 The Ipswich/Bowdle wrestlers were in action on Saturday at the Groton Invitational Tournament. I/B placed sixth of the 12 teams in the meet.

"I felt the team had a great performance at Groton," said Coach Todd Naasz. "We were able to see some more region opponents before the region date which was very crucial for seeding criteria. I felt that the athletes wrestled with a lot of heart. This helped push them through some really tight matches and come out victorio...