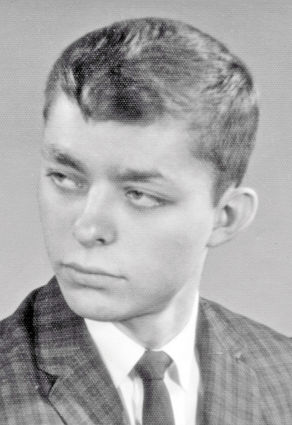 His wishes were to be cremated and a Graveside Committal Service will be held at Holy Cross Cemetery in Ipswich at a later date.

Leonard Allen Lippert was born April 10, 1948, to Leonard and Mary (Thares) Lippert in Aberdeen.  At a young age, he moved with his parents and older sister, Linda, to Rapid City, where he attended school and graduated from Rapid City Stevens High School.  Lenny then furthered his education and graduated from the South Dakota School of Mines and Technology.

In July of 1967, Lenny enlisted in the United States Navy and served his country until April of 1971, at which time he was honorably discharged.

Following his discharge, Lenny moved to St. Paul, Minn. and began his career with UNISYS, where he remained employed for many years.  Lenny later returned to Aberdeen and made his home with his parents, where he resided until the time of his death.

In his free time, Lenny enjoyed watching all types of sports on television and going to casinos with his uncles.

Lenny is survived by several aunts, uncles, and cousins. He is preceded in death by his parents, his sister, Linda, and his maternal and paternal grandparents.

Schriver's Memorial Mortuary and Crematory, Aberdeen, is in charge of arrangements. Family and friends may sign Lenny's online guestbook at www. schriversmemorial.com.

In lieu of flowers or memorials, make a donation to your favorite charity in Lenny's memory. Condolences may be sent to Bernard Thares, PO Box 496, Ipswich, SD  57451.