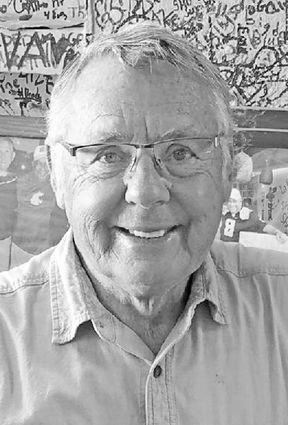 He grew up on a farm in Ipswich listening to "The Lone Ranger" and "Lawrence Welk" on the radio in the evenings, the latter which inspired him to learn to sing and play the accordion.

After graduating from Ipswich High School in 1961, he spent some time in the Black Hills area of South Dakota and fell in love with the beauty of the area.

He served in the army from 1964 – 1966 and was stationed in Germany, where he was able to further develop his German speaking skills, his accordion playing skills, his shooting skills, and his radio communications and cryptographic skills.

After receiving an honorable discharge from the army, he returned to the Black Hills area of South Dakota and earned a bachelor's degree in mechanical engineering from the School of Mines.

He lived and worked for a time in Iowa before heading to Chicago, Illinois.

Eventually, he moved to Arizona in 1979, where he remained the rest of his days, working as a mechanical engineer at the APS Palo Verde Nuclear Power Plant until retiring in 2007.

He spent his retirement playing cards (he was a bit of a card shark) and dominoes, hiking, camping, rafting, and traveling and exploring the United States by motorcycle and RV.

Anyone who knew Jerry could tell you he really had a zest for life. He loved gaining insight about Native American cultures and the Southwest. He loved exploring new places and learning new things. And of course, he absolutely loved classic cars.

He was an extraordinary man who knew intriguing things and remarkable people. It was always amazing to learn who and what he knew. One was constantly learning something new about Jerry every time you talked to him. He had a boisterous laugh and a mischievous sense of humor.

He showed his love for others, not through words, but through actions. He would drop everything to help a family member, friend, or neighbor in need. He was a "Jack-of-All-Trades" kind of guy. And in the eyes of his daughter, like every daughter thinks of a father, a hero who could do and fix anything.

Tragically and senselessly, he was taken early from this world when he was killed by an impaired, wrong-way driver while out enjoying a motorcycle ride near Quartzsite, Arizona on the evening of Thursday, January 21, 2021.

He was preceded in death by his parents and one brother.

The Celebration of Life Memorial Service will be held on Saturday, March 20, 2021 from 10 a.m. to 2 p.m. Use the following link for additional information: https:// http://www.signupgenius.com/go/9040F4CADA72FA3F94-gerald

The service will be held both in-person and virtually.

He will be interred in the Black Hills National Cemetery in Sturgis.

If you would like to give a donation in his honor, consider "Soldier's Best Friend" who provides companion and service dogs to veterans with PTSD or TBI: https://soldiersbestfriend.org/