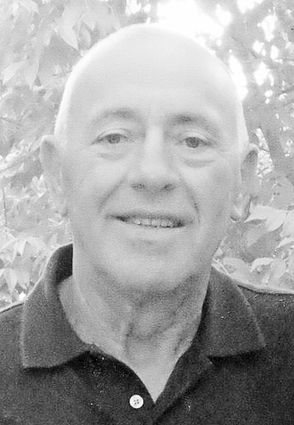 Mass of Christian Burial for Roy Hauck, 85, of Ipswich, was at 10:30 AM Tuesday, March 9, 2021 at Holy Cross Catholic Church in Ipswich. Burial followed at Holy Cross Cemetery.

Roy was born October 29, 1935, near Leola, to Jacob and Lydia (Pietz) Hauck and raised on a farm. He was the youngest child in the family, joining two brothers and two sisters. He walked to and from country school, completing the eighth grade. He then worked with his dad on the farm until taking his first job, which was picking potatoes. That job lasted exactly one day as he said "this isn't for me."

He joined a pipe fitting crew building a pipeline from Clark to Crane, Tex. from 1953-1954. Roy then worked as a pole climber with Bell Telephone for a few years before enlisting in the United States Army. His two-year stint in the Army led him to spending time in Germany as a tanker driver.

Following his honorable discharge from service he returned home and hauled gravel for a short time. He then worked as a mechanic at the Leola Ford dealership.

He married the love of his life, Diana Gisi of Leola on August 23, 1961. They started their life together in Billings, Mont. where he worked for CBM. He was later transferred to Miles City, Mont. and was then offered a position in Lincoln, Neb. They took a vacation back to South Dakota and decided that South Dakota is where they wanted to make their home. They returned to Montana only to give a two weeks notice before venturing to Ipswich, where he went to work for Taylor Implement in Ipswich. His love for John Deere machinery grew stronger by the day and was happy to have gone to training at John Deere Mechanics School.

Roy worked for 25 years as a John Deere mechanic. He severely injured his back two times and after multiple hospital visits and hours of therapy he had back surgery. Years later the bolts in his back broke leaving him in pain for the remainder of his days.

Roy was a man of all trades who could fix anything but his real pride was his family. He enjoyed camping and fishing with them. He loved the journeys that he and Diana took in their motorhome to go and visit their children and grandchildren. Roy will be missed by many friends and neighbors.

He had a green thumb and enjoyed gardening, you knew it was spring when you saw his greenhouse in the driveway.

One of his biggest passions was spending time fishing with his angler buddies.

Many will remember Roy riding his scooter around town, going to coffee with his coffee group to discuss the local daily news.

He was preceded in death by his parents and two brothers, Alvin and Gordon.

Arrangements by Gramm Funeral Home, Ipswich. Memories and condolences may be shared with his family at grammfuneralhome.com .