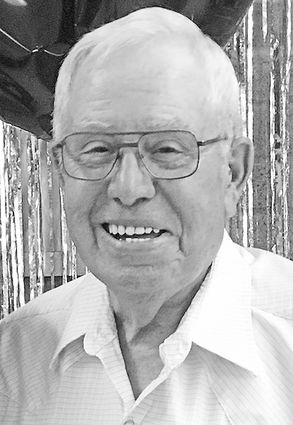 Larry was born October 10, 1943 in Sioux City, Iowa. Glenn and Lucille (Simon) Stafford were thankful to adopt him. He grew up on the Stafford farm near Loyalton, attended country school at Liberty Bell School in Liberty township, and went on to Ipswich High School, graduating in 1963. Following graduation, he was employed with a custom harvester and went to Canada. He then worked for local farmers.

Larry married the love of his life, Dianne Hagele, on December 30, 1966 in Ipswich, where they made their home. Larry worked at the Ipswich Lumber Yard, and was an Edmunds County deputy sheriff for a short time. Larry and Dianne moved to the Stafford farm where he later began farming with his Dad. Eventually, his son, Jim, moved to the farm to continue the family farming tradition.

All who know Larry knew of his love for speed. He drove fast and was able to do that on the race track with his street stock race car #100. Dianne's concerns limited Larry's time in the driver seat, however he could surely be found in the stands at many race tracks around the area. Larry also found much joy and laughter in being a bus driver for many years where he formed some lasting relationships, and even slowed down to deliver the children safely.

Larry had an interest in IHC tractors, owning several, parading with some, and collecting many things IHC related. Larry was a charter member of the Ipswich Lions Club and remained active until recently, holding many offices throughout the years. He coordinated several blood drives and could often be found working the concession stand at Ipswich school activities.

Most important to Larry, though, was family. He and Dianne made every effort to attend their children's and grandchildren's events, and always showed their love. Larry gained additional family when he researched and found his biological family. Special connections and relationships have been made ever since with trips, phone calls, and Facebook.

Arrangements by Gramm Funeral Home, Ipswich. Memories may be shared with Larry's family at grammfuneralhome.com .