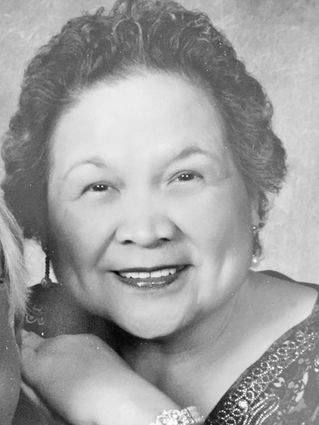 Mass of Christian Burial for Dr. Maria Luz Alandy, 72, of Eureka, is 1 p.m. Monday, May 31, 2021 at St. Joseph Catholic Church in Eureka. Fr. Thomas Clement will serve as Celebrant of the Mass.

There will be a Liturgical Wake Service and Rosary at 7 p.m. Sunday, May 30, 2021 at St. Joseph Catholic Church with visitation starting at 6 p.m.

She married her college sweetheart, Dr. Antonio Alandy, on December 7, 1972. They completed their residency in medicine in the Philippines. Antonio worked in rural clinics while she worked in the city at the Philippine Heart Center. He came to the United States in 1979, and Maria and their children joined him in 1981. For a brief time they lived in Los Angeles before moving to New York City. While in New York City, Maria worked for several hospitals including Metropolitan and Lincoln Memorial, taught at NYU Medical Center, and became a Forensic Pathologist at the New York City Medical Examiner's Office When she retired in 1998, she was the Chief Deputy Medical Examiner in New York City.

Antonio moved to Eureka for a simpler and quieter life in 1991, and Maria joined him in 1998. While Antonio practiced at the Eureka Hospital and Alandy Clinic, she worked for the South Dakota Department of Health as a medical advisor for 10 years.

Maria was never one to sit still. She was active in the Eureka community and started the Eureka Kuchen Factory in 2001 with her friend Hulda Opp. She was a lifetime Catholic and a member of St. Joseph Catholic Church. At church she was a member of the Christian Mothers and greatly enjoyed time spent with her study club group.

Maria enjoyed cooking, traveling, shopping and playing the piano. She even taught piano lessons for several years. She lived a life of service to others, through medicine, giving of her time, looking out for the poor and disadvantaged and through heartfelt friendships that she cherished.

Maria passed away peacefully on Friday, May 21, 2021 in Aberdeen with her family by her side.

Thankful for having shared in her life are her husband, Antonio of Eureka; daughter, Lorna Alandy and son-in-law, Perfecto Gadia of Bellevue, Wash.; daughter, Theresa McDermott, and grandchildren, Sophia and James Vasalofsky of Silverdale, Wash.; sisters, Lorna Blanco of the Philippines, Marisa Custodio of Folsom, Calif. and Linda Pardilla of Chicago, Ill.; and her brother, Luis Legaspi of the Philippines.

She was preceded in death by her parents and one grandchild.

Services are in the care of Gramm Funeral Home of Ipswich. Memories and condolences may be shared with her family at grammfuneralhome.com .