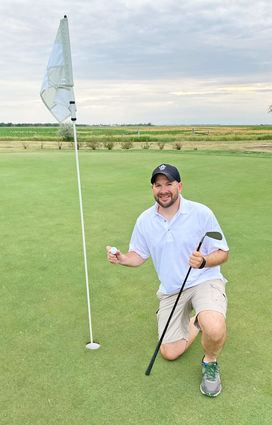 Father Smith hit his ace on Hole 2 from 153 yards using a five iron. Jon Hoffman of Mina was the witness.

Father Smith was practicing for a Knights of Columbus charity event planned in Ipswich on August 22.

He said the shot was truly of an example of "Divine Intervention" and credits his guardian angel for the help.