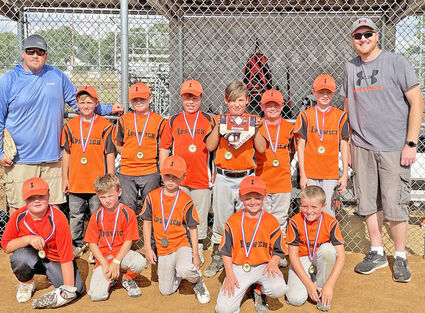 The coach of the PeeWee and Midget teams is Tyler Severson. Two Dads helped with the coaching duties in Miller - Brian Schlosser and Joe Hoyle.