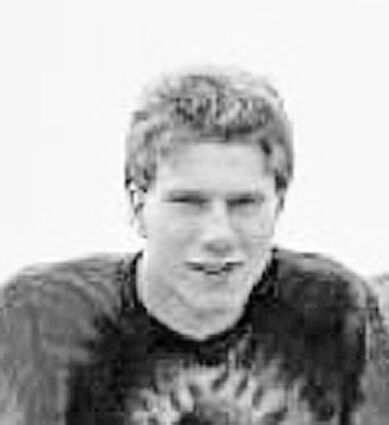 Sean Matthew Joseph Schaefer (age 40) blessed so many lives with his arrival on June 17, 1981.

Sean had three given names of which the first was his own. (When very young and people would mispronounce his name, Sean would correct them and proudly explain it was the "garlic" pronunciation.) Matthew was in honor of his maternal grandfather and Joseph honored his maternal great grandfathers and an uncle. He was born in Mandan, N.D., and attended school in Moorhead, Minn., Bismarck, N.D., and Pierre.

Will Rogers said, "If there are no dogs in heaven, then when I die, I want to go where they went." This should make us stop and think for a moment. Imagine an afterlife where we are with those whom we really loved being with, in our corporeal lives.

Sean, like all of us, had challenges. His included a learning disability, ADHD and, most sadly, addiction. And also, like all of us, he would do things and make choices that hurt himself. When Sean hurt himself, he hurt those of us who loved him. But any hurt he inflicted on others was never deliberate or intentional; Sean did not have a mean bone in his body.

Despite his challenges, Sean was truly defined by those many qualities which endeared him so much to so many. He was smart. At the same time his reading learning disability was diagnosed, he also qualified for the gifted program. Sean was witty. You could banter with him and enjoy his quick and good-natured responses. He was caring. He always called his maternal grandmother on her birthday; after not being in contact for a long time, aunts would answer their phones on Mothers' Day to hear Sean's friendly voice saying he was thinking of them. Sean was funny. He shared many hilarious experiences, but they were never at the expense of others. And, he was loyal. Sean's friends knew he would always put their interests first. If someone ever develops the means to measure the trait of likeability, Sean will be up there at the top of the list.

All of us who knew Sean, either through a long, close relationship or just a casual, occasional contact, share an almost identical memory. Whether you had seen him recently or not, think about his immediate reaction when he saw you. He never displayed anger or frustration. What you saw was that charismatic, slightly crooked, genuine Sean smile. And then a friendly exchange of greetings. "How're you doing, Sean?" And he would answer, "Living the dream!", not complaining about the hand he was dealt, but taking the world as it was.

So, when we pass away, if we get that option, we will choose to be in that group with Sean. Sean left us on July 2, 2021, reminding us of the Irish expression, "Death leaves a heartache no one can heal; Love leaves a memory no one can steal."

Sean was preceded in death by his grandparents, Earl and Pat Meagher, George and Lucy Roth, and Paul and Delores Schaefer, as well as his uncles, Patrick Meagher and Bob Roth, and aunt, Jacque Meagher.

A public celebration of Sean's life is being held in the Community Center at Sertoma Park in Bismarck on Monday, July 26, at 5 p.m. with food and beverages. In keeping with how Sean lived his life, this will be a casual gathering. To protect our most vulnerable family and friends while ensuring they can safely attend, we require masks (which will be available at the door) when inside the Community Center.