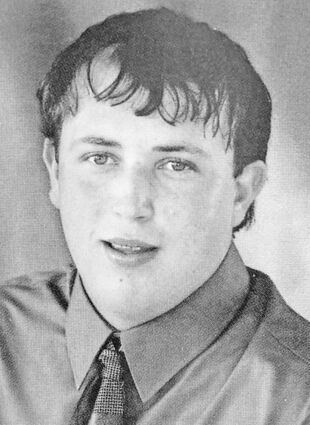 Dustin David was born May 12, 1988 to Roy and Linda (Stuwe) Van Well. Dustin didn't have an easy life. He had 18 brain surgeries at a young age and never asked "Why me?".

He was very brave and shouldered the burden when his mom was diagnosed with cancer. He took care of her medications and daily made it a point to make sure she was taken care of. Also, during that time he and his dad ran a successful hunting business together where they met many great friends and made a million memories. When his Dad's time came to a close he maintained things the best he could.

Dustin enjoyed his livestock and made many friends in the sheep industry. His most precious possessions were his dogs. He would often put their needs before his own. He cherished everyday with his nieces and his nephew even though he didn't have children of his own. He was adamant to being an organ and tissue donor to help others in need and medical research so other children didn't have to have the same struggles he did.

His health was failing in the last few months of his life. He made it a point to get in one last fishing trip with his nieces and although they didn't catch much they made some good memories. This past year he moved to Roscoe to be closer to family and he soaked up every moment of that time to be with them.

He was preceded in death by his loving parents Roy and Linda Van Well; several grandparents and great-grandparents; hunting buddies, Bandet, Buddy, Annie and May.

Carlsen Funeral Home and Crematory of Aberdeen has been entrusted arrangements. http://www.Carlsenfh.com