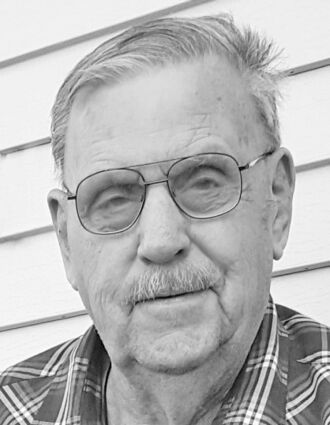 Roger Hauck was born Dec. 9, 1943, to Reinhold and Alvina (Scherbenske) Hauck in Bowdle. He graduated from Roscoe High School in 1961. Roger enlisted in the US Navy in September after graduation. While in the Navy, Roger served on the U.S.S. Atlanta and the U.S.S Cabildo. Roger received his honorable discharge in December of 1969.

Roger married Sandra Opp in Aberdeen in March of 1968. Roger had a long career as a truck driver including working for HC Clark Implement in Aberdeen, Spitzer Implement in Roscoe, Norm Thorstenson Trucking in Selby, Kitchell Truckline in Ipswich, Peschke Trucking in Sioux Falls, and Mitzel Trucking in Aberdeen. He even received the Truck Driver of the Month award in April of 2004 from the State of South Dakota.

Roger enjoyed football and driving around in his 2005 red Avalanche. He especially enjoyed spending time with his children and grandchildren. Roger was a member of the American Legion in Roscoe for many years.

Roger was preceded in death by his parents; sisters, Viola Schumacher and Virginia Meister; and brother Mervin Hauck.

Schriver's Memorial Mortuary and Crematory, Aberdeen, was in charge of arrangements. Family and friends may sign the online guestbook and also view the service at http://www.schriversmemorial.com.