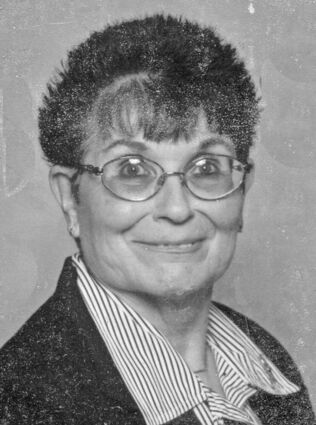 The Memorial Service for Marietta Stewart was at 10:30 a.m. Saturday, Sept. 18, 2021 at Gramm Funeral Home in Ipswich. Burial was at St. John the Baptist Cemetery in Onaka.

Marietta Mae Leboldus was born November 30, 1943 to Mike and Mary (Stappler) Leboldus. She was raised on the family farm north of Onaka. She graduated from Roscoe High School with the Class of 1961. Mary married Walter Stewart and from this union two children were born.

Mary lived in Minnesota and California for several years before relocating to Roscoe in 1992 to care for her mother.

She is preceded in death by her son Michael, her parents, a sister Mary, a brother Raymond Kraft and two nephews.

She cherished her daughter and grandson and looked forward to California trips, excited to spend time with them. Mary was loving and compassionate and she will be missed by all.

Services with Gramm Funeral Home of Ipswich. Memories may be shared with her family at grammfuneralhome.com.