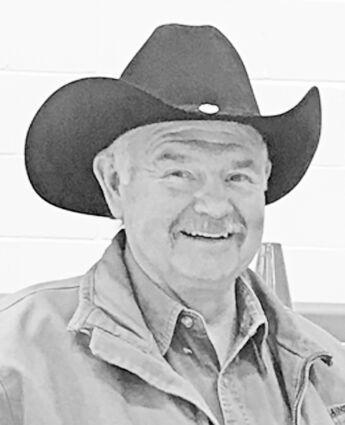 Visitation is from 5-7 p.m., Thursday, October 28, 2021 followed by a Liturgical Wake Service at 7 p.m. at Holy Cross Catholic Church.

Kevin was born December 20, 1954, to Duane and Shirley Holt in Limestone, Maine on Loring Airforce Base. Shortly after his birth, the family moved back to South Dakota. Initially they settled on a farm south of Cresbard where they remained for a few years before moving into town in 1960. Kevin graduated from Cresbard High School in 1973.

Immediately following high school, Kevin moved nine miles northwest of Cresbard to the farm he would call home for most of his life. On November 7, 1975, he married Pamela Rausch. Kevin and Pam would make the family farm their home for 46 years, before moving to Mina Lake one year ago.

Kevin was passionate about agriculture and hunting. He would diligently study the grain markets and was quick to talk about the merits of no-till farming. Kevin was a pioneer in the elk industry that reached prosperity in the 90's. He was especially proud of "Claude", a bull who at the time was one of the largest elk in the world. Kevin was also a deadeye shooter and excelled at both trap shooting and hunting, often times waiting until everyone else had missed to finally pull the trigger and knock down pheasants with long shots. There are many pheasants, coyotes, and whitetail deer resting easy today knowing that they no longer have to worry about their boogeyman.

The impact Kevin had on those around him was immense. He was a member of the local township board, school board, church council, the South Dakota Elk Breeders Association and many other organizations throughout his life. The loss of Kevin will be felt most by his immediate family. While his children were growing up, he rarely missed a sporting event. Most summer evenings ended with him in the shop rebounding the basketball or playing HORSE with one of his kids. Kevin cherished his many trips to the Black Hills beginning when he was just a little boy, whether he was hunting deer or vacationing with his family. Many nights at Grandma and Grandpa's house would begin with Grandpa making popcorn and end with grandkids falling asleep snuggled in his arms. Everyone always looked forward to Kevin's homemade ice cream, a skill he passed down to his grandsons last Christmas. While they loved being home on the farm, Kevin and Pam also enjoyed traveling the world, especially their trips to Australia, Belize and multiple trips to Hawaii. Kevin's final adventure to Africa filled the family home with trophy mounts ranging from a kudu to a springbok. He will be greatly missed at his grandchildren's events, family vacations, and holidays.

Arrangements are with Gramm Funeral Home of Ipswich.  Condolences and memories may be shared with his family at grammfuneralhome.com .