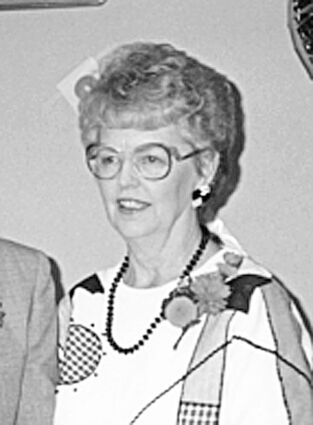 Geraldine Gladys Bosanko, age 91 of Decorah, IA, passed away on October 23, 2021, of natural causes at Wellington Place in Decorah. Burial will be in the Ipswich Cemetery in Ipswich, SD, at a later date.

Geraldine "Gerry" Gladys Peterson Bosanko was born January 24, 1930, on a farm in North Dakota during a severe snowstorm with a temperature of -36°. She was raised on her family farm and attended eight years of school in a one-room schoolhouse. She graduated from Ipswich High School in 1947 while working for her room and board at a funeral home.

After graduation she was united in marriage to W. Richard "Dick" Bosanko on September 21, 1948, at Bethlehem Lutheran Church in Aberdeen, SD. To this union two daughters were born, Donna Lea and Julie Ka.

Gerry and Dick moved from South Dakota to Iowa in March of 1956 when Dick became an electrical lineman with Interstate Power Company. Gerry worked as a secretary in both South Dakota and Iowa. She retired as secretary for Health Services at Luther College in 1990.

Gerry was a very active member of the Congregational Church of Christ, the Decorah Jaycees, and volunteered with Dick at the VFW and American Legion. She enjoyed playing cards and square dancing.

Gerry's husband Dick preceded her in death in 2005. Also preceding were her parents Tom and Sadie Peterson; siblings Harold, Dean, Arlene, and Bernadine; and