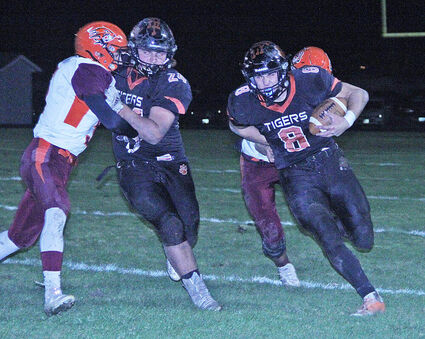 It was one of those situations where the C-F Pride's own defense would bend and not break, as the old saying goes. They were particularly effective when the Tigers seemed to be making headway towards the Pride's red zone, even reaching it. One particular example of that would be when the Tigers had held on downs themselves early in the contest and were able to sustain a promising drive all the way to the Pride's 19. B...