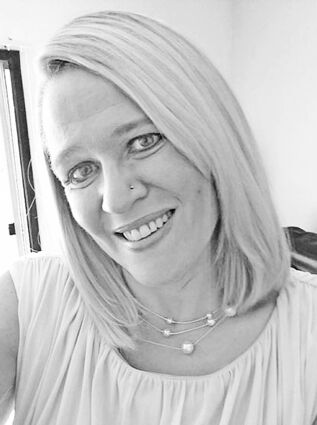 Kimberlee Rae Manecke passed away November 22, 2021 after experiencing a cardiac event resulting in brain anoxia at the age of 45 years at North Memorial Hospital, Robinsdale, Minn.

Kim arrived into the world on November 5, 1976 to Kathleen (Smith) and Robert Manecke at the Day County Hospital, Webster, joining her two older brothers, Shayne and Trent.

Kim attended Holy Cross Catholic School in Ipswich and then Ipswich Public through her Sophomore year when she moved to Murdo to live with her father. She graduated from Jones County High School in 1995. Kim graduated with honors with a business degree in 1999 from Northern State University in Aberdeen.

Kimberlee moved to the Twin Cities area after graduation and started her working career at JM Family Enterprises, then the Millennium Group, FDH Infrastructure Group and was currently working as a Document Specialist at Mastec Utility Services. Kim had a strong work ethic, also working part-time as a Pharmacy Tech for Walgreens and she enjoyed working shifts at the Target Event Center.

Kim was an avid learner furthering her education with a degree in Multimedia Computer Graphics in 2003 and a Business Healthcare Degree in 2013. Learning was an obsession, when she didn't know how to do something, Kim would 'google' it or watch a YouTube video from changing a spark plug to learning how to quilt.

Reading has always been a passion, either for entertainment or to learn something new. There was always a book in her hand or nearby. Kim also loved to camp with her children, something she learned from her father. Many summer vacations included outdoor adventures or sitting by a lake with a good book. Kim had a great sense of humor which was a gift from her mother. She could often times keep her co-workers and friends laughing or with a smile on their faces. Kim was a loyal friend and would do anything for her friends and family.

Kim was a devoted mother to her two children. She was so proud of Aliya upon her HS graduation. Kim loved watching sports, but especially Tarik playing basketball. Kim as the scorekeeper never missed a game and shared her enthusiasm with team parents and her family.

Kim was preceded in death by her father, Robert M Manecke; her paternal grandmother, Elsie Manecke; her maternal grandparents, Lowell and Shirley (Parrow) Smith; and numerous aunts and uncles.

As an outgoing generous person, Kim was an Eye and Tissue Donor through Lifesource. Kimberlee will be missed by all who knew her; she touched many lives throughout the limited time she had.

There will be no memorial services at this time per her daughter's wishes. The family asks that in lieu of flowers you plant a tree in her honor.