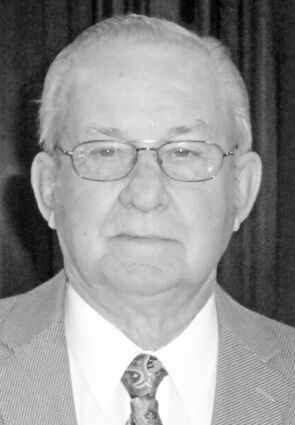 Ray passed away peacefully on Dec. 5, 2021 at Bethesda Home of Aberdeen.

Ray was born on December 13, 1930, in rural McPherson County, to Jacob and Pauline (Maisch) Mohr. His early life was filled with doing chores and playing around the Hosmer area both on the farm and in town with his cousins and friends. After graduating from Hosmer High School, Ray was drafted into the United States Army.

In the US Army (1952-1954), Ray successfully completed boot camp and training and was deployed to the Korean War where he was a tank mechanic. When asked about his time in the Military, Ray replied, "It taught me how to deal with tough times which I used the rest of my life to always keep things in perspective." After an honorable discharge from the Army, Ray returned to Hosmer where he started his construction career with his father Jacob, brother Werner Mohr and cousin Milton Mohr. It was in Hosmer where he met a young schoolteacher, Bernice. Ray and Bernice were soon married and made Hosmer their home where they raised five boys.

Arrangements by Gramm Funeral Home of Ipswich. Condolences and memories may be shared with his family at grammfuneralhome.com .