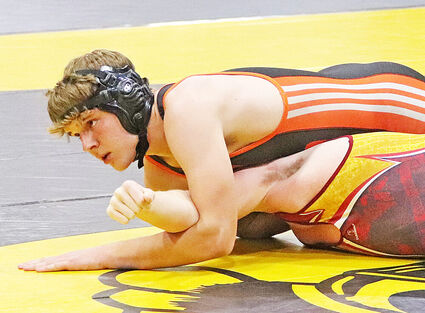 The Tigers were in wrestling action on December 11 at the Faulkton Invitational.

Ipswich/Bowdle wrestlers competed with 14 teams, earned 87 points for seventh place. The meet was won by Kimball/White Lake/Platte-Geddes with 265.5 points.

Tanner Frickson and Kadyn Weiser placed second to lead the team. Marcus Hofer brought home a third place finish. Brady Unser and Justin Rohrbach won their last matches of the day for fifth place finishes. Grant Weiser placed sixth to round out the placing for the team.

Coach Naasz said, "This was a good tournament and gave the athletes an opportunity...