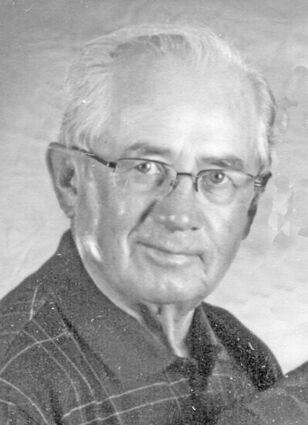 The Mass of Christian Burial for Leo W. Himmerich, 89, Roscoe will be 10:30 a.m. Thursday, December 23, 2021 at St. Thomas the Apostle Catholic Church in Roscoe. Father Timothy Smith will serve as Celebrant.

Visitation will be from 5 to 7 p.m. Wednesday, December 22, followed by a Rosary and Scriptural Vigil at 7 p.m. at St. Thomas Catholic Church.

Leo died December 17, 2021 at his residence in Watertown.

Leo was born March 17, 1932 in a sod house, five and a half miles northwest of Roscoe, to John and Clara (Preszler) Himmerich. He attended rural and town school, graduating in 1951. He joined the Navy in 1951 and served aboard the USS Ashland, LD-1 in the Mediterranean, Greenland and Caribbean areas until 1955 when he received an Honorable Discharge. He attended Northern College in Aberdeen. He worked for Hartung Construction, Roscoe Grain and Feed and SD Wheatgrowers where he was the manager.

On November 20, 1961, Leo married Georgia Binfet, daughter of Leopold and Josephine (Gisi) Binfet, at Onaka. To this union were born Stacy, Scott, Darin and Jason. They celebrated their 60th Anniversary this November.

Leo was a member of the Roscoe Golf Association, Volunteer Firemen, Roscoe Town Board, School Board, American Legion, Community chorus, Commercial Club, Senior Citizens and cemetery board where he served as sexton. He served as a Eucharistic minister, choir member and was on the parish council for St. Thomas Church. He was an active blood donor for many years.

Leo was privileged to be "dad" to Santiago Latorre, an exchange student from Quito, Ecuador, when he attended Roscoe High School in 1988-89.

Arrangements are with Gramm Funeral Home of Ipswich. Condolences and memories may be shared with his family at grammfuneralhome.com .