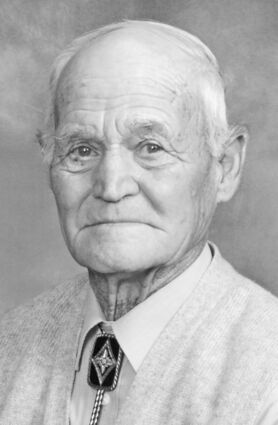 The funeral service for Ronald 'Ron' Bierman, 91, of Ipswich, formerly of Chelsea, will be at 11 a.m., Thursday, December 23, 2021, at Trinity Lutheran Church, rural Mansfield. Pastor Bret Bierman will be officiating. Burial will follow at Trinity Lutheran Cemetery with military honors by the Cresbard and Northville American Legions.

Ron died Friday, December 17, at his home in Ipswich.

Ronald 'Ron' Bierman was born on February 10, 1930, to John G. and Anna M. (Voss) Bierman in Aberdeen. He grew up on the family farm and attended school in the Chelsea area. As a young man he helped his father farm with horse teams and milked cows by hand.

On July 19, 1952, Ron was united in marriage to Ardell V. (Wilkins) Bierman at Trinity Lutheran Church, rural Mansfield. Ron served in the 82nd Airborne of the United States Army from 1952 to 1954. After his training at Fort Breckenridge, Ky., he was stationed in Germany. While there, he was able to travel across Europe and especially enjoyed visiting Holland and Switzerland. Prior to leaving for service, Ron and Ardell bought a farm near Chelsea. In 1960, Ron and Ardell adopted three boys all at once, Ed age 5, Ron age 4 and Jerry age 3. They then adopted Charleen in 1963 and Michelle in 1969 as infants. After retiring from farming, Ron worked for North Central Farmers Elevator from 1995 until 2005 in Chelsea and Mellette. In 2005, they moved to Cresbard. Ardell passed away in November of 2011. Ron later moved to Ipswich and lived with his son Ed.

Ron was a lifelong member of Trinity Lutheran Church where he served on the Cemetery Committee. He was also a member of the Scatterwood Community Club and a community card club. He enjoyed car races, riding motorcycles and riding snowmobiles in winter poker runs and in the Black Hills. He was a regular at auction sales and threshing shows, especially the James Valley Threshing Show in Andover. Restoring old tractors and taking them to parades was a favorite pass time of his. Ron liked spending time mowing and took care of several country cemeteries making sure the American flag was put up for Memorial Day.