Mustangs deny the Tigers a win at home 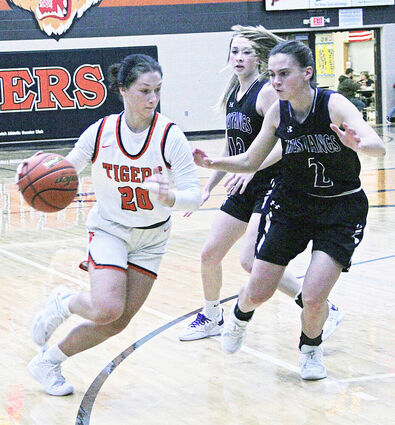 Summit has traditionally been a formidable opponent in basketball and having Waubay in a co-op certainly hasn't hurt the Mustang's girls' program at all. The Waubay/Summit girls invaded the Tiger Den last Tuesday and escaped with a convincing 65-46 victory. (The W-S boys had defeated Ipswich on their own court earlier in the young season.)

Meanwhile, the Mustang girls would win the first three individual quarters to establish control, 14-7, 23-10 and 14-12, respectively. But Ipswich would then out-score its visitors by three points in the final stanza.

The Mustangs utilized the services of...